THE TABLET OF DESTINIES V: MELAMMU.TXT

Fifty thousand years after a starquake occurred on the surface of SGR 1806-20, the radiation from the resultant explosion reached Earth on December 27, 2004 (GRB 041227). In terms of gamma rays, the burst had an absolute magnitude around −291. It was the brightest event known to have been sighted on this planet from an origin outside the Solar System. The magnetar released more energy in onetenth of a second (1.0 Å~1040 J) than the Sun releases in 150,000 years (4 Å~1026 W Å~ 4.8 Å~1012 s = 1.85 Å~1039 J). Such a burst is thought to be the largest explosion observed in this galaxy by humans since the SN 1604 supernova observed by Johannes Kepler in 1604. The gamma rays struck Earth’s ionosphere and created more ionization, which briefly expanded the ionosphere. A similar blast within 3 parsecs (10 light years) of Earth would destroy the ozone layer and be similar in effect to a 12-kiloton nuclear blast at 7.5 kilometers. The nearest known magnetar to Earth is 1E 1048.1- 5937, located 9,000 light-years away in the constellation Carina.

SGR 1806-20 lies at the core of radio nebula G10.0-0.3 and is a member of an open cluster named after it, itself a component of W31, one of the largest H II regions in the Milky Way. Cluster 1806-20 is made up of some highly unusual stars, including at least two carbon-rich Wolf–Rayet stars (WC9d and WCL), two blue hypergiants, and LBV 1806-20, one of the brightest/most massive stars in the galaxy.

SGR 1900+14
is a soft gamma repeater (SGR), located in the constellation of Aquila about 20,000 light-years away. It is assumed to be an example of an intensely magnetic star, known as a magnetar. It is thought to have formed after a fairly recent supernova explosion. An intense gamma-ray burst from this star was detected on August 27, 1998; shortly thereafter a new radio source appeared in that region of the sky. Despite the large distance to this SGR, estimated at 20,000 light years, the burst had large effects on the Earth’s atmosphere. The atoms in the ionosphere, which are usually ionized by the Sun’s radiation by day and recombine to neutral atoms by night, were ionized at nighttime at levels not much lower than the normal daytime level. The Rossi X-ray Timing Explorer (RXTE), an X-ray satellite, received its strongest signal from this burst at this time, even though it was directed at a different part of the sky, and should normally have been shielded from the radiation. NASA’s Spitzer Space Telescope detected a mysterious ring around SGR 1900+14 at two narrow infrared frequencies in 2005 and 2007. The 2007 Spitzer image showed no discernible change in the ring after two years. The ring measures seven light-years across. The origin
of the ring is currently unknown.

Cedilla
A cedilla (/sɪˈdɪlə/ si-DILə; from Spanish), also known as cedilha (fromPortuguese) or cédille (from French), is a hook or tail (¸) added under certain letters as a diacritical mark to modify their pronunciation. In Catalan, French, and Portuguese, it is used only under the c, and the entire letter is called respectively c trencada (i.e. “broken C”), c cédille, and c cedilhado (or c cedilha, colloquially).

Ogonek
The ogonek (Polish:[ɔˈɡɔnɛk], “little tail”, the diminutive of ogon; Lithuanian: nosinė, “nasal”) is a diacritic hook placed under the lower right corner of a vowel in the Latin alphabet used in several European languages, and directly under a vowel in several Native American languages. An ogonek can also be attached to the top of a vowel in Old Norse- Icelandic to show length or vowel affection. For example, o᷎ represents imutated ø. 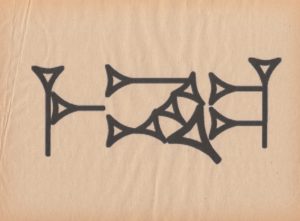